1.Fall in Love with English

Hiding behind the loose dusty curtain, a teenager packed up his overcoat into the suitcase. He planned to leave home at dusk though there was thunder and lightning outdoors. He had got to do this because he was tired of his parents’ nagging about his English study and did not want to go through it any longer. He couldn’t get along well with English and disliked joining in English classes because he thought his teacher ignored him on purpose. As a result, his score in each exam never added up to over 60.

His partner was concerned about him very much. She understood exactly what he was suffering from, but entirely disagreed with his idea. In order to calm him down and settle his problem, she talked with him face to face and swapped a series of learning tips with him. The items she set down helped him find the highway to studying English well.

The teenager was grateful and got great power from his friend’s words. Now, he has recovered from being upset and has fallen in love with English.

Voyages of people from England play an important part in spreading the English language. At present, English is frequently spoken as an official or common language in many countries, such as America, Singapore, Malaysia and some African countries. All based on British English, the English spoken in these countries can be well understood by native English speakers. But actually, these Englishes have been gradually changing in accents, spellings, expressions and the usage of vocabulary.

Because of this fact, you can make use of the differences to tell which country the foreigners of your block are from. For example, if a boss fluently commands his driver, “Come up straight to my apartment by elevator and take some gas for my trucks and cabs”, instead of requesting, “Please come to my flat by lift and take some petrol for my lorries and taxis”, you can recognize his American identity, while the latter suggests that he is British.

My sister was fond of traveling. Ever since graduating, she had been determined to organize a trip to an old temple. Since transporting fare was expensive, she decided to use a bicycle to cycle there not caring about the disadvantages. Her stubborn attitude was always her shortcoming. Once she made up her mind to do something, no one could persuade her to change her mind. Finally, we gave in as usual though we preferred to take a train. After we prepared everything, including the schedule, reliable weather forecast and the insurance, we began our trip.

Our journey was along a river flowing from a high altitude. Our pace was slow because the river frequently had many sharp bends through deep valleys, where the water seemed to boil. Just as I recorded in my journal, it was really a hard journey. But we also enjoyed great views. One night, I put my head on my pillow--a parcel of wool coats, and lay beneath the stars. When the flame in front of our cave went out at midnight, I found the sky so beautiful!

Dirty water rose in wells and canals before the earthquake. But no one judged that an earthquake was coming. Suddenly, everything shook. It seemed as if the world was at an end. Millions of brick houses and a number of dams were destroyed. Railway tracks became useless bars. Pipes in mines burst and let out smelly steam. Huge cracks trapped cyclists everywhere.

The next day, this event was the headline or main title of all newspapers. With the reporters giving an outline of the disaster, the whole nation was shocked by the damage and the victim’s extreme suffering. People were moved when they read that the survivors comforted each other by saying “Congratulations! You survived!”. So they not only expressed their sympathy sincerely, but also organized together to help the victims right away. The injured were rescued and the dead were buried. The frightened survivors were dug out from under the ruins and were offered shelter, fresh water and electricity. Thanks to people’s help, the loss was minimized.

As the founder of the republic, the president had many good qualities. Before coming to power, he was a generous lawyer. He was willing to selflessly help everyone who turned to him. He accepted no fee to offer legal guidance and opinions to those who were out of work or uneducated. Later, believing all mankind to be equal, he devoted himself to stopping the unfair anti-black laws. He set up the Black Youth League and was voted to be the leader. However, though he kept peaceful principles without violence and terror, his mean enemies still blew up his house and attacked his relatives, and he himself couldn’t escape being sentenced to 30 years in prison.

Not fearing of the prison guards’ cruelty, he kept active and begged no mercy from them. As a matter of fact, he was always hopeful and never lost heart during the stage even though he was in trouble.

Finally, people rewarded him with the leader’s position and a gold blanket.

A wooden vase from the Ming Dynasty at the entrance of the reception hall amazed everyone. The artists designed it in a rare style and selected valuable jewels to decorate it. People thought highly of its fancy colour of honey and the beautiful paintings on it.

The vase used to belong to a former castle. But when the country was at war, the enemy troops exploded the castle. Debates on how the vase survived went on and on. In order to remove people’s doubt, a team of no less than 20 people carried out an informal investigation. The evidences they found showed that a maid took the vase apart and asked a sailor to sink it in a local well. She never gave away the secret even under the cruel trial of the enemies who were in search of treasures.

It is worth giving this brave maid a fortune in return.

Swifter, Higher and Stronger stands for the spirit of the Olympics. But fairness is the basis of this motto. Only when you win fairly will you and your homeland deserve the great glory. But nowadays, unlike the ancient honest slave competitors, some hopeless athletes who can’t bear the pain of training cheat when taking part in games. Medals seem to have magical power causing them to cheat, and the prize money has replaced the motto as their only goal.

So, in the gymnastics event to be held in our city next month, one of the host’s responsibilities is to keep competitions fair. They advertised on posters outside the stadium to promise that every competitor is to have a regular physical examination in a gymnasium one after another. No one can bargain on this. The volunteers in charge will be very strict. It is foolish to cheat because they will not be admitted to compete and will even be fined as well.

The goal of early calculating machines was to simplify difficult sums. But with the help of new technology, electronic chips replaced tubes and a revolution of artificial intelligence has arisen. From then on, the appearance of computers totally changed our lives. They can not only download information from the wet when connected by the network or mobile phone signals, but also solve different types of logical problems. With operators as their coaches, they can even control rockets to explore the moon and instruct androids with the human race’s characters to mop floors and watch over your naughty niece. Anyhow, computers are so helpful that they do bring happiness.

However, computers are easily attacked by viruses. This reality has become a hard-to-deal with-problem. As a result, computers are dangerous in a way. So, personally, I worry about their universal applications in some fields, such as finance.

Dinosaurs died out because of an unexpected incident. But wildlife today disappears or is in danger just because humans do harm to it. For example, tigers are hunted for fur to make carpets so that they can only live in secure reserves; grassland is destroyed without mercy so that dust storms come into being affecting distant cities.

Last year, scientists saw some monkeys rubbing themselves with a certain kind of insects to protect themselves from fierce mosquitoes biting. According to the result of the inspection, they found that the insect contains a powerful drug, so local farmers were employed to catch the insects. The ending was that the insects disappeared from the whole zone. When told that it was a loss to humans, the farmers burst into laughter and responded, “Our real loss is our decreasing income.”

We should appreciate the natural balance and pay more attention to the importance of wildlife protection. Not until we succeed in letting wildlife live in peace, can we smile in relief.

I was very sensitive to music. Just dipping into the music books briefly, I could sing or play well. To be honest, I always dreamt of becoming a famous folk actor. I was so confident that I never decreased my devotion.

I formed my first band called “Rolling Frog”. At the beginning, we relied on performing on instruments in pubs or to passers –by to earn extra money in cash. Then we wore false beards to pretend to be the musicians whom people were familiar with. In addition, we attached humorous acts to our performances and played jokes on each other. Soon, our “funny jazz” became famous and invitations to perform for broadcast stations began to come. Afterwards, we sorted out attractive music and made a record in a studio. A million or so copies were sold and we became millionaires.

It was painful that the band broke up finally. But above all, I realized my dream to be a musician. 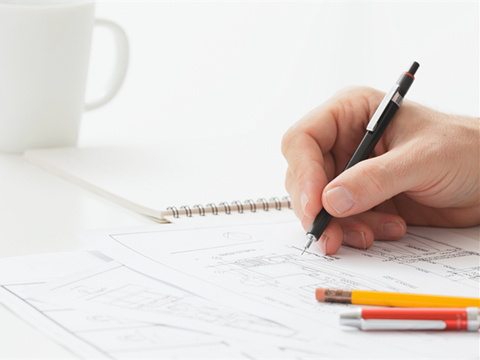