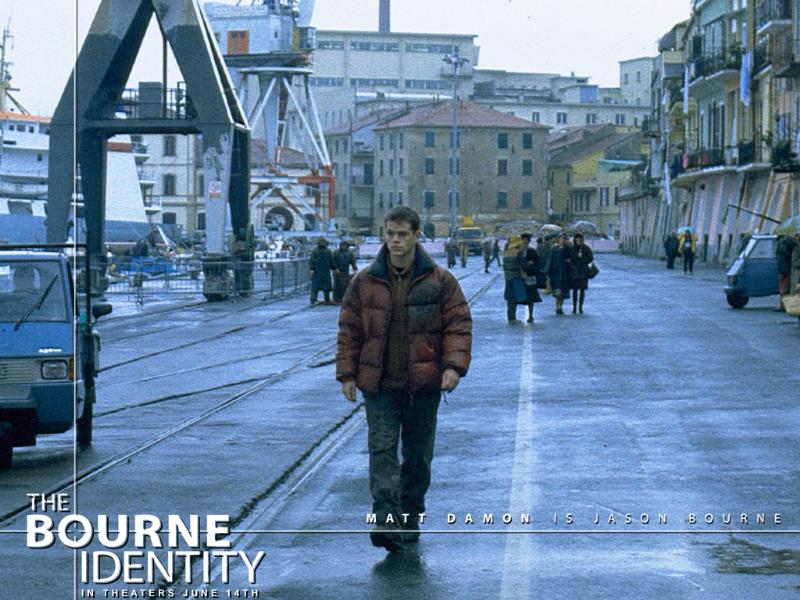 Marie: ...which was fine with me because I was ready. After six months in Amsterdam, you're not sure... if you've been there 20 minutes or years, you now. So I went. I took all the money I had. I went in with friends... we took over this really cool surf shop outside Biarritz, right by the water. It was amazing. It was just amazing for about three months, until it turned out that this... jerk who had fronted us the lease was actually shining everyone on and....

Bourne: No, don't do that. I haven't talked to anybody in a while.

Marie: Yeah, but we're not talking. I'm talking. You've said, like, 10 words since we left Zurich.

Borne: Well, listening to you, it's relaxing. I haven't slept in a while and... And I've had this headache. It's like a constant thing in my head... and it's just starting to move to the background... so keep going. Really, if you want, please keep talking.

Bourne: You know what? Never mind.

Marie: No, it's fine. Tell me. What do you want to listen to?

Marie: Come on, it's not that hard. What do you like? Tell me.

Bourne: Fuck it. I can't remember anything that happened before two weeks ago.