Waves are the children of the struggle between ocean and atmosphere, the ongoing signatures of infinity. Rays from the sun excite and energize the atmosphere of the earth, awakening it to flow, to movement, to rhythm, to life. The wind then speaks the message of the sun to the sea and the sea transmits it on through waves -- an ancient, exquisite, powerful message.

These ocean waves are among the earth's most complicated natural phenomena. The basic features include a crest (the highest point of the wave), a trough (the lowest point), a height (the vertical distance from the trough to the crest), a wave length (the horizontal distance between two wave crests), and a period (which is the time it takes a wave crest to travel one wave length).

Although an ocean wave gives the impression of a wall of water moving in your direction, in actuality waves move through the water leaving the water about where it was. If the water was moving with the wave, the ocean and everything on it would be racing in to the shore with obviously catastrophic results. An ocean wave passing through deep water causes a particle on the surface to move in a roughly circular orbit, drawing the particle first towards the advancing wave, then up into the wave, then forward with it and then -- as the wave leaves the particles behind -- back to its starting point again.

From both maturity to death, a wave is subject to the same laws as any other 'living' thing. For a time it assumes a miraculous individuality that, in the end, is reabsorbed into the great ocean of life.

The undulating waves of the open sea are generated by three natural causes: wind, earth movements or tremors, and the gravitational pull of the moon and the sun. Once waves have been generated, gravity is the force that drives them in a continual attempt to restore the ocean surface to a flat plain.

We can read of things that happened 5,000 years ago in the Near East, where people first learned to write.

But there are some parts of the word where even now people cannot write. The only way that they can preserve their history is to recount it as sagas -- legends handed down from one generation of another. These legends are useful because they can tell us something about migrations of people who lived long ago, but none could write down what they did. Anthropologists wondered where the remote ancestors of the Polynesian peoples now living in the Pacific Islands came from. The sagas of these people explain that some of them came from Indonesia about 2,000 years ago.

But the first people who were like ourselves lived so long ago that even their sagas, if they had any, are forgotten. So archaeologists have neither history nor legends to help them to find out where the first 'modern men' came from.

Fortunately, however, ancient men made tools of stone, especially flint, because this is easier to shape than other kinds. They may also have used wood and skins, but these have rotted away. Stone does not decay, and so the tools of long ago have remained when even the bones of the men who made them have disappeared without trace.

Why, you may wonder, should spiders be our friends? Because they destroy so many insects, and insects include some of the greatest enemies of the human race. Insects would make it impossible for us to live in the world; they would devour all our crops and kill our flocks and herds, if it were not for the protection we get from insect-eating animals. We owe a lot to the birds and beasts who eat insects but all of them put together kill only a fraction of the number destroyed by spiders. Moreover, unlike some of the other insect eaters, spiders never do the harm to us or our belongings.

Spiders are not insects, as many people think, nor even nearly related to them. One can tell the difference almost at a glance, for a spider always has eight legs and insect never more than six. How many spiders are engaged in this work no our behalf? One authority on spiders made a census of the spiders in grass field in the south of England, and he estimated that there were more than 2,250,000 in one acre; that is something like 6,000,000 spiders of different kinds on a football pitch.

Spiders are busy for at least half the year in killing insects. It is impossible to make more than the wildest guess at how many they kill, but they are hungry creatures, not content with only three meals a day. It has been estimated that the weight of all the insects destroyed by spiders in Britain in one year would be greater than the total weight of all the human beings in the country.

Firstly, summer is students' the most favourite season because their longest vacations of the year are in summer. Many of them try to enrich their social and healthy life by participating in a number of interesting outdoor activities, include of camping with friends and family members, going to the beach or swimming at public pools, traveling and sightseeing locally and nationally. However, some of them try to make good use of their vacations in gaining their working experiences in summer. Other students may try to improve their academic performance by going to their summer schools.

Secondly, summer is a pleasant season for all kinds of cold foods and juicy fruits. Ice cream is our all time favourite dessert. Yeh, I love ice cream so much. I have to eat some ice cream almost everyday in summer. There are a lot of fresh fruits selling everywhere. Watermelon is proudly rated to be the most demanding fruit in the season. All kinds of iced drinks are greatly demanded in summer.

Thirdly, summer is a hot season for trendy fashion. You will see many se-xy and curvy babes in your neighbourhood, on the beach, shopping malls, everywhere in your eyes. Hehe. ^_^ All of my girlfriends and I like to wear as leas we wish in the summer. I like to wear shorts and t-shirts all the time. Don't forget to carrry your sunglasses and put on sun tan lotions before going outdoor.

All in all, I love summer very much! You should start practicing your Englishfromnow on. As a 15 years old boy, I am more than willing to practice my English with every opportunity which I have come across. Last and certainly not least, I am very happy to help you with this work. I have learnt a lot!

It is very hot in the dont like going out on summer afternoon because the temperature is mes it is raining after sun,that is cool!maybe on a summer is thunder and is make people scary,and dangerous!so please dont go out when it is thunder.Though the weather in summer is hot,but I think summer is interesting,because we can swim in the poor!that is great! 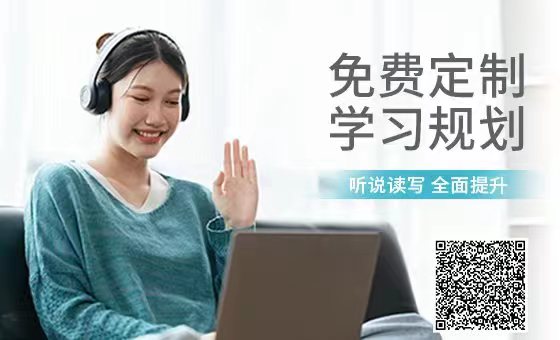