The [ei] diphthong. I find this diphthong hard to classify. I've seen some sources that use an open e sound at the beginning, that would be the [e] as in bed, and others that use a closed e, which doesn't exist on its own as a vowel sound in English. {[e], 'ey'} And then the final sound is [i], the open vowel, as in sit. Although I find it, in practice, to be halfway between the ih as in sit and the ee as in she. The first sound: ey. Now in the sound my tongue, in the very back, is actually touching the top of my mouth. Is it the top of my mouth, is it the throat, it's hard to tell because it's so far back there. Ey, ey. It's kind of where the top of the mouth meets the throat. Where the back of the tongue comes up to touch there. Ey, ey. Now that's different on the eh as in bed where the tongue is not acutally touching the roof of the mouth. Eh, as in bed, the tongue feels a little more forward. I would say this is eh, ey, ey. So it comes back a little so it can touch back there. Ey, ey, ey, as you can see, the jaw is quite closed, ey, ey, and the rest of the tongue comes forward. Ey, ey. Now to go to the ih sound, the jaw closes even more, ei ei ei, and the part of the tongue that touches the roof of the mouth is this part. So in the ey, it's back here that it touches, and in the ih, it's this part that touches. It just comes up and touches the roof of the mouth further forward.

I stayed at the bay and played all day. 我在海湾玩了一整天。 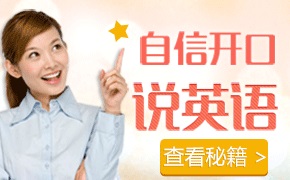