Yesterday afternoon Frank Hawkins was telling me about his experiences as a young man.Before he retired,Frank was the head of a very large business company,but as a boy he used to work in a small shop.It was his job to repair bicycles and at that time he used to work fourteen hours a day.He saved money for years and in 1958 he bought a small workshop of his own.In his twenties Frank used to make spare parts for aeroplanes.At that time he had two helpers.In a few years the small workshop had become a large factory which employed seven hundred and twenty-eight people.Frank smiled when he remembered his hard early years and the long road to success.He was still smiling when the door opened and his wife came in.She wanted him to repair their grandson's bicycle!

People are not so honest as they once were.The temptation to steal is greater than ever before--especially in large shops.A detective recently watched a well-dressed woman who always went into a large store on Monday mornings.One Monday,there were fewer people in the shop than usual when the woman came in,so it was easier for the detective to watch her.The woman first bought a few small articles.After a little time,she chose one of the most expensive dresses in the shop and handed it to an assistant who wrapped it up for her as quickly as possible.Then the woman simply took the parcel and walked out of the shop without paying.When she was arrested,the detective found out that the shop assistant was her daughter.The girl'gave'her mother a free dress once a week!

In 1929,three years after his flight over the North Pole,the American explorer,R.E.Byrd,successfully flew over the South Pole for the first time.Though,at first,Byrd and his men were able to take a great many photographs of the mountains that lay below,they soon ran into serious trouble.At one point,it seemed certain that their plane would crash.It could only get over the mountains if it rose to 10,000 feet.Byrd at once ordered his men to throw out two heavy food sacks.The plane was then able to rise and it cleared the mountains by 400 feet.Byrd now knew that he would be able to reach the South Pole which was 300 miles away,for there were no more mountains in sight.The aircraft was able to fly over the endless white plains without difficulty.

My friend,Hugh,has always been fat,but things got so bad recently that he decided to go on a diet.He began his diet a week ago.First of all,he wrote out a long list of all the foods which were forbidden.The list included most of the things Hugh loves:butter,potatoes,rice,beer,milk,chocolate;and sweets.Yesterday I paid him a visit.I rang the bell and was not surprised to see that Hugh was still as fat as ever.He led me into his room and hurriedly hid a large parcel under his desk.It was obvious that he was very embarrassed.When I asked him what he was doing,he smiled guiltily and then put the parcel on the desk.He explained that his diet was so strict that he had to reward himself occasionally.Then he showed me the contents of t,he parcel.It contained five large bars of chocolate and three bags of sweets!

Tired of sleeping on the floor,a young man in Teheran saved up for years to buy a real bed.For the first time in his life,he became the proud owner of a bed which had springs and a mattress.Because the weather was very hot,he carried the bed on to the roof of his house.He slept very well for the first two nights,but on the third night,a storm blew up.A gust of wind swept the bed off the roof and sent it crashing into the courtyard below.The young man did not wake up until the bed had struck the ground.Although the bed was smashed to pieces,the man was miraculously unhurt.When he woke up,he was still on the mattress.Glancing at the bits of wood and metal that lay around him,the man sadly picked up the mattress and carried it into his house.After he had put it on the floor,he promptly went to sleep again.

At last firemen have put out a big forest fire in California.Since then,they have been trying to find out how the fire began.Forest fires are often caused by broken glass or by cigarette ends which people carelessly throw away.Yesterday the firemen examined the ground carefully,but were not able to find any broken glass.They were also quite sure that a cigarette end did not start the fire.This morning,however,a firemen accidentally discovered the cause.He noticed the remains of a snake which was wound round the electric wires of a 16,000-volt power line.In this way,he was able to solve the mystery.The explanation was simple but very unusual.A bird had snatched up the snake from the ground and then dropped it on to the wires.The snake then,wound itself round the wires.When it did so,it sent sparks down to the ground and these immediately started a fire.

At a village fair,I decided to visit a fortune-teller called Madam Bellinsky.I went into her tent and she told me to sit down.After I had given her some money,she looked into a crystal ball and said:'A relation of yours is coming to see you.She will be arriving this evening and intends to stay for a few days.The moment you leave this tent,you will get a big surprise.A woman you know well will rush towards you.She will speak to you and then she will lead you away from this place.That is all.'

As soon as I went outside,I forgot all about Madam Bellinsky because my wife hurried towards me.'Where have you been hiding?'she asked impatiently.'Your sister will be here in less than an hour and we must be at the station to meet her.We are late already.'As she walked away,I followed her out of the fair.

Roy Trenton used to drive a taxi.A short while ago,however,he became a bus driver and he has not regretted it.He is finding his new work far more exciting.When he was driving along Catford Street recently,he saw two thieves rush out of a shop and run towards a waiting car.One of them was carrying a bag full of money.Roy acted quickly and drove the bus straight at the thieves.The one with the money got such a fright that he dropped the bag.As the thieves were trying to get away in their car,Roy drove his bus into the back of it.While the battered car was moving away,Roy stopped his bus and telephoned the police.The thieves'car was badly damaged and easy to recognize.Shortly afterwards,the police stopped the car and both men were arrested.

Dan Robinson has been worried all week.Last Tuesday he received a letter from the local police.In the letter he was asked to call at the station.Dan wondered why he was wanted by the police,but he went to the station yesterday and now he is not worried anymore.At the station,he was told by a smiling policeman that his bicycle had been found.Five days ago,the policeman told him,the bicycle was picked up in a small village four hundred miles away.It is now being sent to his home by train.Dan was most surprised when he heard the news.He was amused too,because he never expected the bicycle to be found.It was stolen twenty years ago when Dan was a boy of fifteen!

Debbie Hart is going to swim across the English Channel tomorrow.She is going to set out from the French coast at five o'clock in the morning.Debbie is only eleven years old and she hopes to set up a new world record.She is a strong swimmer and many people feel that she is sure to succeed.Debbie's father will set out with her in a small boat.Mr.Hart has trained his daughter for years.Tomorrow he will be watching her anxiously as she swims the long distance to England.Debbie intends to take short rests every two hours.She will have something to drink but she will not eat any solid food.Most of Debbie's school friends will be waiting for her on the English coast.Among them will be Debbie's mother,who swam the Channel herself when she was a girl. 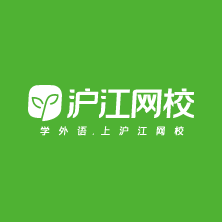